Showing posts from June, 2011
Show All

- June 27, 2011
Here are a couple of very tasty disco mixes by Poolside on SoundCloud:

Bob Dylan gigs: They're notoriously hit-or-miss. Twenty-three years into what devotees affectionately refer to as the Never-Ending Tour and still playing well over 100 shows a year, it's a puzzle as to what motivates him. Dylan himself is nonplussed by his hectic touring schedule, referring to himself in interviews as being no different to a carpenter or an electrician; a man out there who has a trade to sell.

I've walked away from various Dylan concerts deflated or elated by the re-imagining and re-interpreting of songs many consider sacrosanct. To some his voice is now incomprehensible, his demeanour too gruff and his songs unrecognisable. Others, however, appreciate what Dylan strives to do in this phase of a career which has spanned six decades. In an age of 'X Factor' and shows choreographed to the nth degree, it's refreshing to see a modern-day troubadour playing music and revisiting and remoulding his songs simply, one imagines, for the love of it.
With a capacity of around 4,000, there really are worse places you could see the septuagenarian (Kilkenny's Nowlan Park being one) than Cork's Marquee. Nothing more than just a big tent it may be, but its relatively small size meant that no matter where you were you were guaranteed a decent view. I had seen Dylan here in 2006, and although he played some of his more recognisable repertoire that night, it didn't seem to have the energy of this year's performance.

With ticket prices ranging from €65-75, however, it wasn't exactly cheap, and really put into perspective the $40 I forked out to see him at the 2,000 capacity Warfield Theatre in San Francisco last September. A stark reminder of how concerts are still vastly overpriced in post Celtic Tiger Ireland.

He strode onstage in his trademark black suit and Stetson hat promptly at 8pm, and launched straight into 'Gonna Change My Way of Thinking', but the concert began in earnest with Bob stepping out from behind his keyboard and moving centre stage for a completely revamped 'It's All Over Now, Baby Blue'. His first show in almost seven weeks, during which he celebrated his 70th birthday, this was Dylan at his most animated. His Oscar-winning 'Things Have Changed' was swiftly followed by 'Tangled up in Blue'. Although the arrangement was broadly similar to the 'Blood on the Tracks' offering, Dylan's staccato delivery proved at times frustrating, with the audience only able to snatch the odd moment for a sing-along.

Ably assisted by his five-piece band, Dylan moved through a set which you get the impression was picked by him, purely for his own pleasure. The die-hards out there were treated to 'The Ballad of Hollis Brown' and 'I Dreamed I Saw St Augustine', but many took the lesser-known songs as a chance to top up their beer.

Alternating between organ, guitar and harmonica, as the set drew to a close he drew on some of his more famous compositions, including 'Simple Twist of Fate' and the irrepressible 'Ballad of a Thin Man'. Unsurprisingly, though, it was a faithful rendering of 'Like a Rolling Stone' which was to get the biggest cheer of the night, the crowd gleefully seizing the opportunity to finally sing along to a recognisable melody. A reworked 'All Along the Watchtower' and a thoughtful 'Forever Young' closed out what was one of the most energetic Dylan shows you'd be ever likely to see.

Between now and August, Dylan will play 36 dates, more than one every second night. It's impossible to know what drives him to keep up such a hectic touring schedule (he's still on the on the road, heading for another joint), but next time he comes to these shores - and it's safe to assume he will in the next year or two -I'd implore anyone to go see him. He might not still be in his prime, but he's definitely not doing the cabaret rounds just yet.

* NOTE: Songs in the playlist are not actual recordings from the show in Cork
Post a Comment
Read more 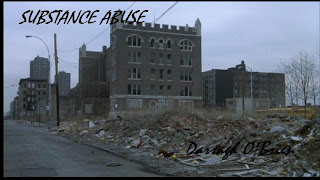 Here are all the ingredients to cook up a party by dOb: